Custom Super 18k Gundam 1:60 RX 78-2 Building Bricks Toy Set 3500 Pieces
Condition: Brand New
Specification: Compatible with other brands
Custom Gundam 1:60 RX 78-2 Set is 100% compatible with all leading brands of building toys. You can easily mix and put together with your existing building bricks and minifigures.
Our Custom building blocks are of premium quality. All Custom bricks are made of premium high quality ABS (Acrylonitrile Butadiene Styrene) material and safe for kids.
Product description
Gundam is a fictional weapon that appears in the “Gundam Series”. One of the man-operated humanoid robot weapons “Mobile Suit” (MS). First appeared in the 1979 TV anime “Mobile Suit Gundam”.

One of the prototypes developed by the "Earth Federation Army", one of the military forces under construction, and the boarder of the main character "Amuro Rei". It features a V-shaped blade antenna on the forehead and a compound-eye sensor camera that imitates the human eye, and is more human-like than other MSs. These features became the basis of the “Gundam Type” that will appear in subsequent series. It has a performance that surpasses many of the MS of the “Zeon Principality” which is an enemy, and combined with the growth of the pilot Amuro, raises the legendary battle result in the “One Year War”.
Usually, the aircraft called “Gundam” refers to the white, red, and blue tricolor aircraft (model number: RX-78-2) on which Amuro rides. It was set that several identical machines with different color schemes and some specifications were developed for works.
• 1:60 scale with fantastic details.
• Gundam figure is fully posable, with articulation at the shoulders, head, elbows, hips, knees, fingers, and feet.
• Equip with a beam gun.
• Custom Gundam RX 78-2 is approximately 60cm high, 31cm wide and 4cm long.
• Comes with a 18cm x 18cm base stand.
• This set is compatible with brand bricks and contains over 3,500 pieces. 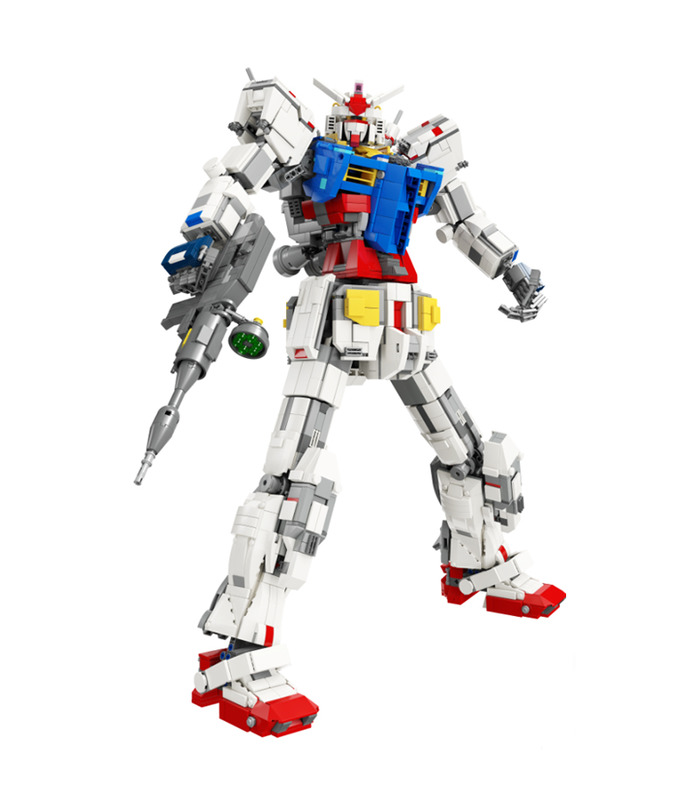 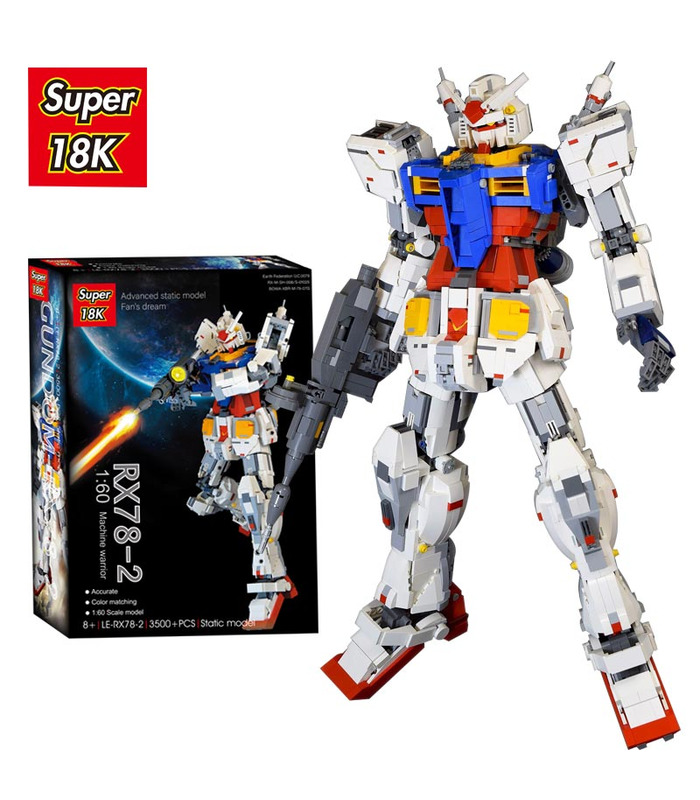 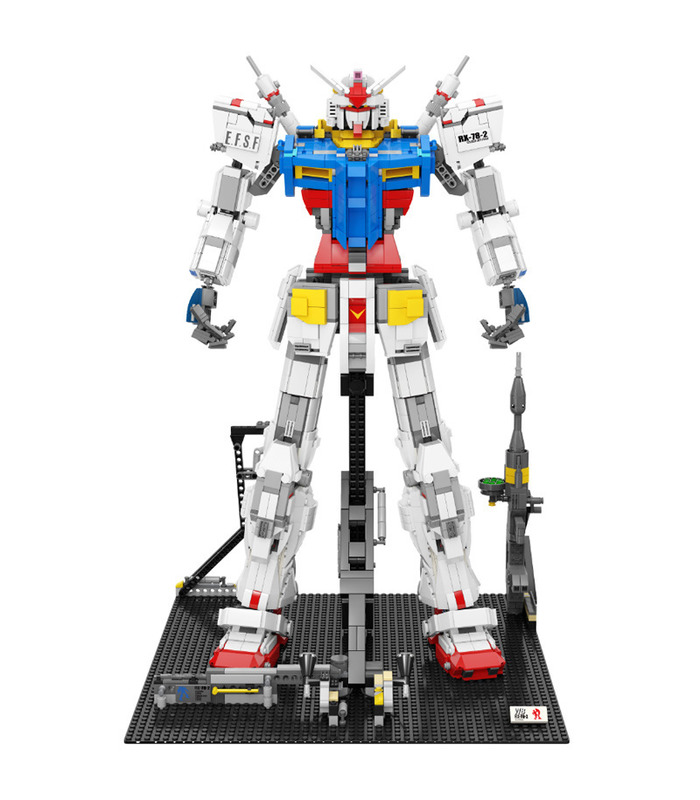 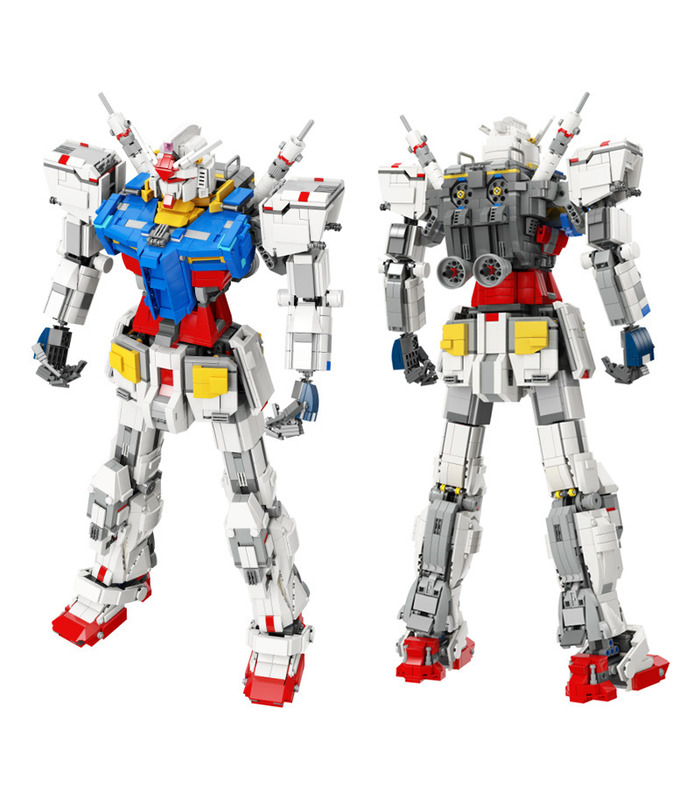 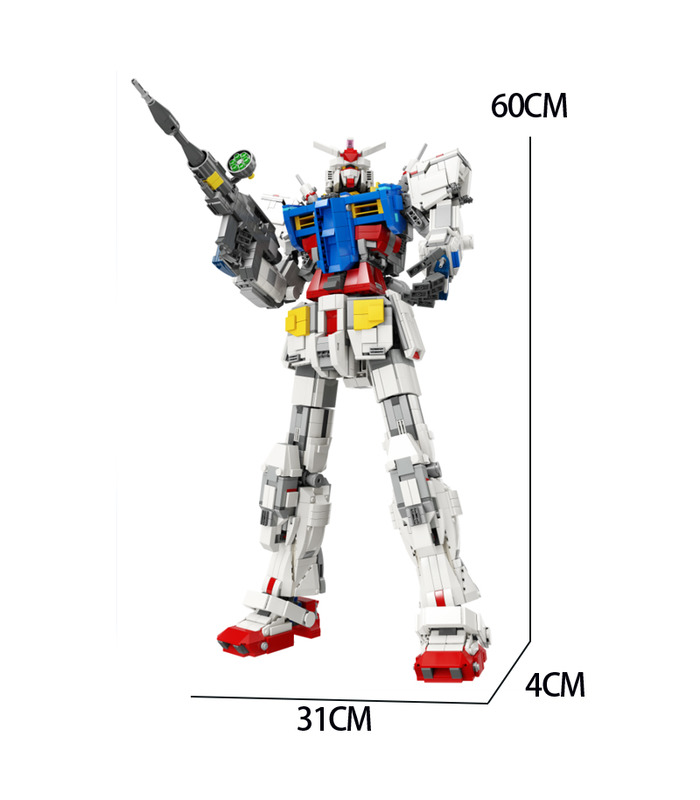 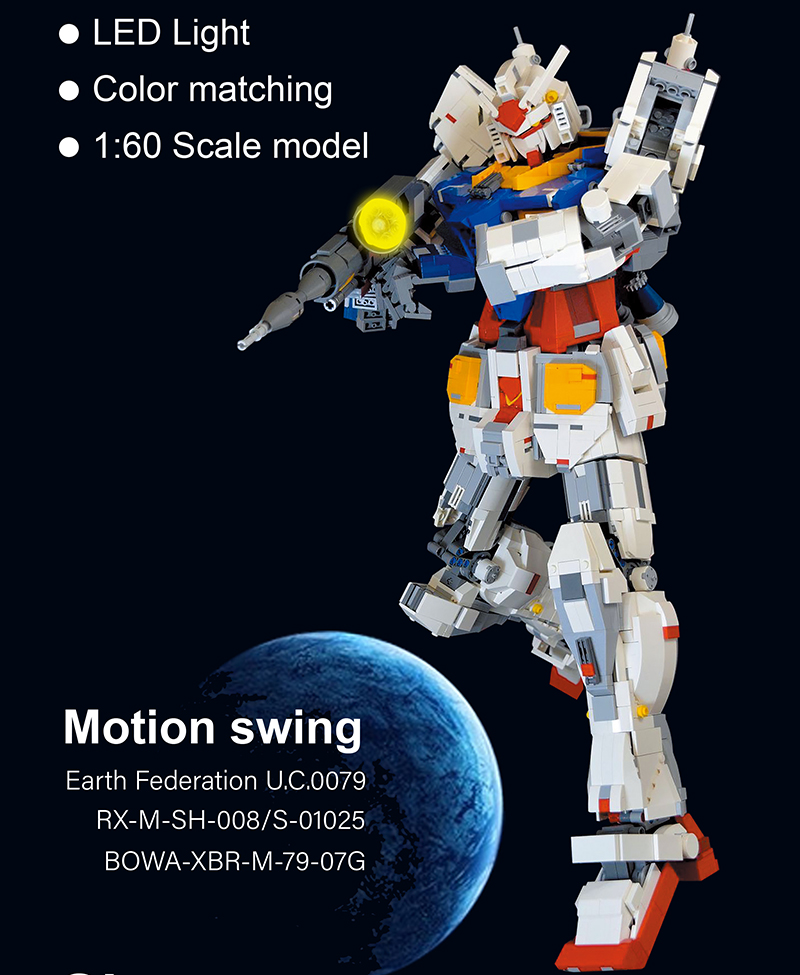 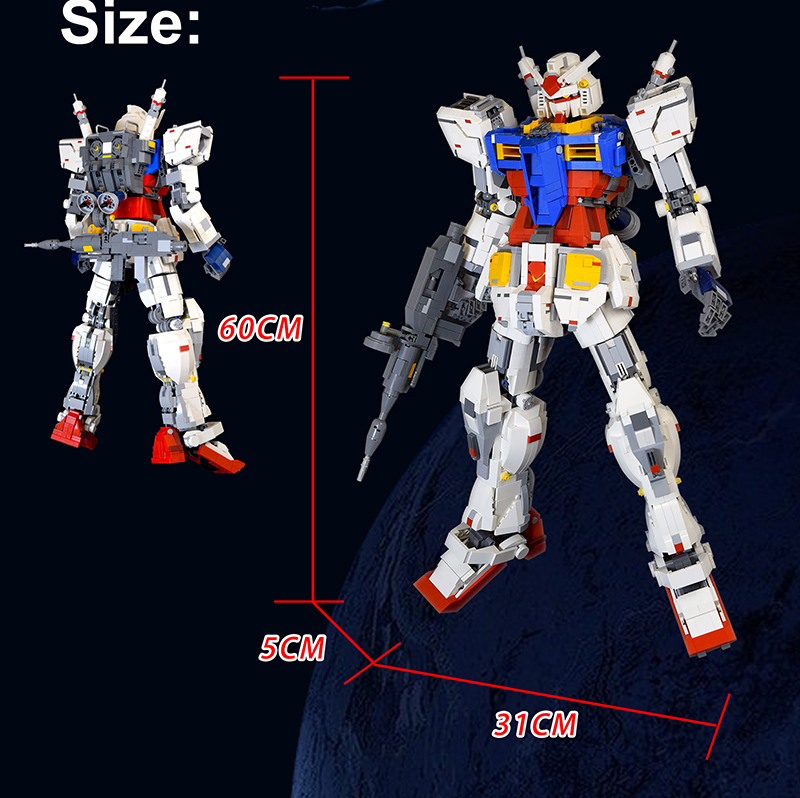 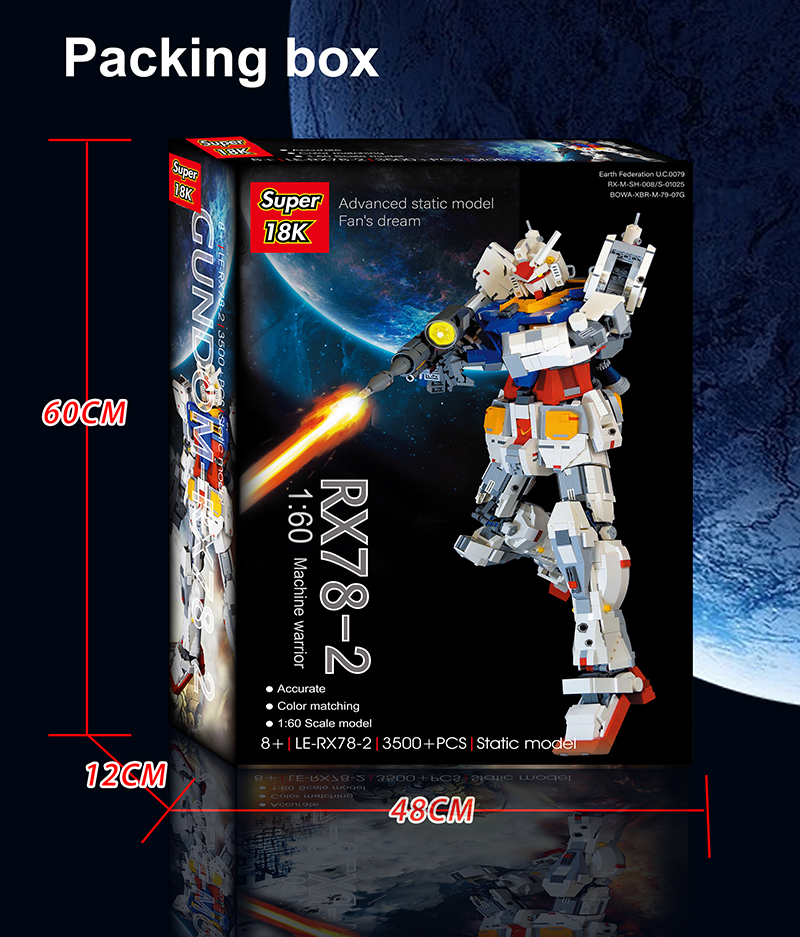 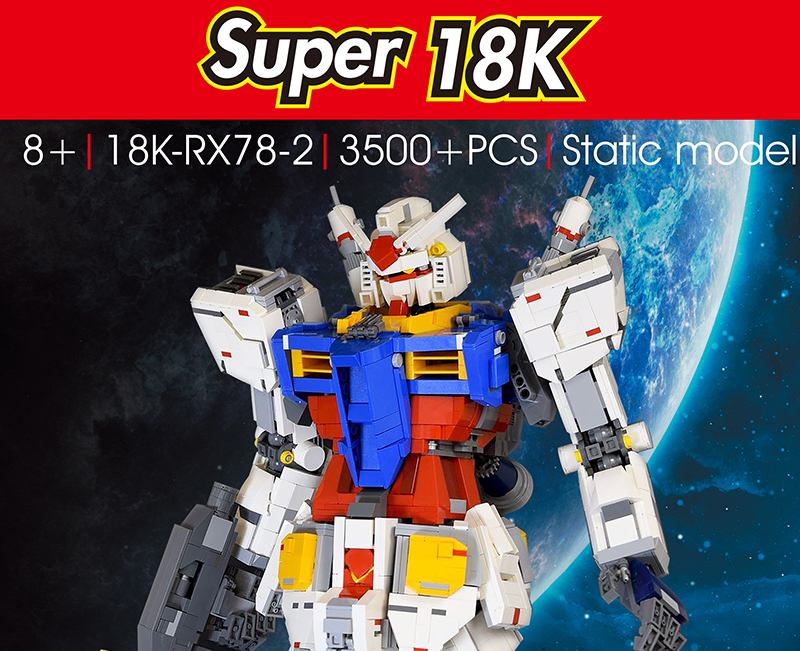 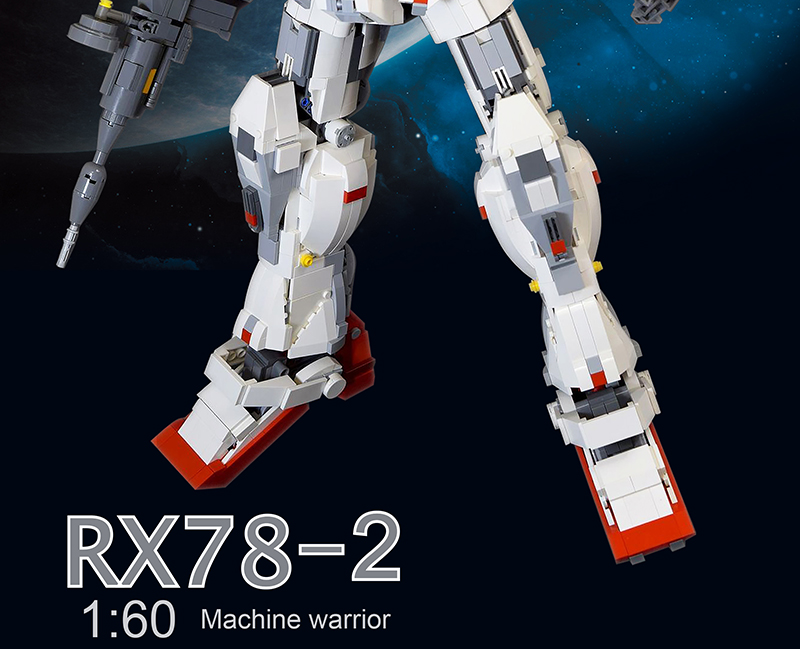